Nerves of the Lumbar Spine 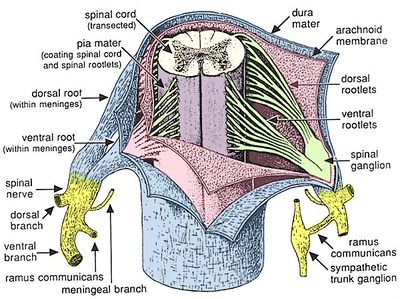 The spinal cord showing the meninges, its roots, spinal nerve, and branches (rami)
University of Minnesota © 2006 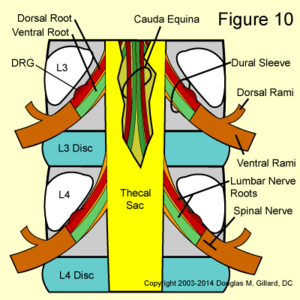 Relations of the Nerve Roots 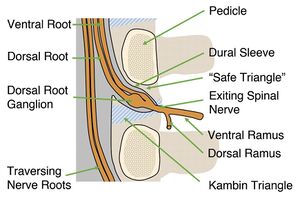 Coronal cut away view of the lumbar transforaminal zone.

Anomalies of the Nerve Roots

The clinically most significant anomalies of the lumbar nerve roots are aberrant courses and anastomoses between nerve roots. See Trimba et al for a comprehensive review of the topic.[2] 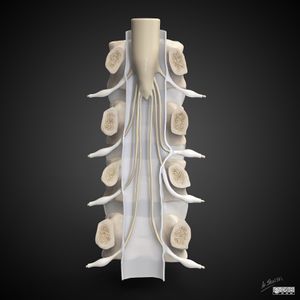 A conjoined nerve root is depicted with the lateralised right L3 and L4 nerves exiting in a common region with a horizontal L3 sheath and vertical and elongated L4 sheath. 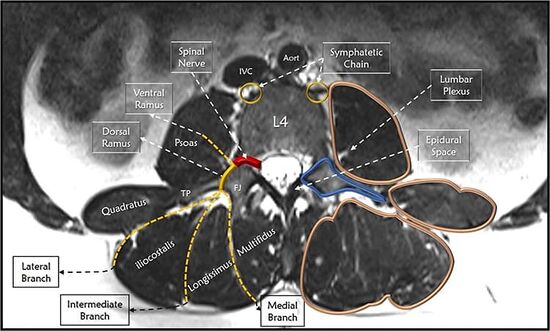 Axial section at L4 showing the branches of the dorsal rami 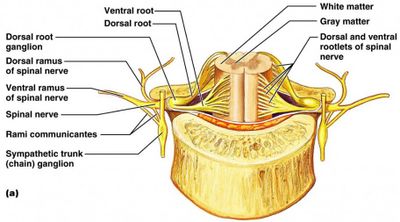 Sinuvertebral nerves are formed from two roots: the ventral ramus and the gray ramus communicans. They provide provide the afferent pathways in lumbar discogenic pain.

Innervation of the Lumbar Intervertebral Discs

See this brilliant visual tour of the lumbar nerve roots by a US physiotherapist.

These are study notes taken from Chapter 10 of: