Referred pain is best described in neurological terms as "pain perceived as arising or occurring in a region of the body innervated by nerves or branches of nerves other than those that innervate the actual source of pain" (IASP definition).

In topographical terms it is perceived in a region that is topographically distinct from the actual source of the pain. The topographical definition becomes ambiguous in cases where it is unclear where one region of the body ends and an adjacent region begins.

Referred pain is a very common presentation of pain. For pain in a particular area, the diagnostic process should start by asking which body segment are they indicating, and then translate that into which structures are supplied by those spinal cord segments.

This article covers visceral and somatic referred pain. Also see the article on radicular pain which is a type of referred neuropathic pain, but is not discussed here. 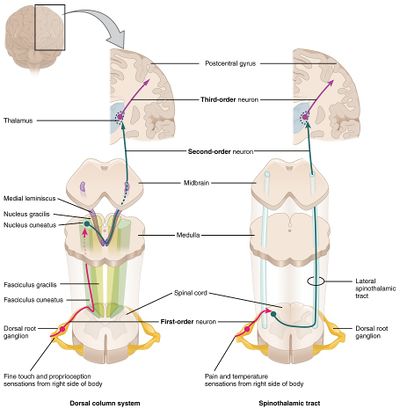 The pathways of stimuli coming from skin ascend up the spinal cord largely through the spinothalamic tract for noxious stimuli, and the posterior columns for tactile stimuli, and thence through to the thalamus (figure 1). Different types of information is recorded by different pathways. This multiplicity endows skin stimuli with good localisation in the thalamus and the cerebral cortex. The ability to localise skin stimuli if the posterior columns are interrupted. There is good somatotopic organisation with a faithful continuation of representation of points in the skin to particular cells in the pathways.

In contrast, stimuli from deep structures such as bones, ligaments, joints, and muscles have a fairly restricted pathway largely through the spinothalamic tract, but also through collaterals into the reticular formation of the brainstem constituting the spinoreticulothalamic tract (SRTT). In this system there are a large number of neurons with several synapses and connections along the pathway. This system has poor somatotopic organisation.

In an evolutionary sense, there is no point in having an expensive highly localised sensory system for deep structures because unlike with the skin, there is nothing that the organism can do about pain in deep areas. It is therefore more economical for the organism to not have detailed sensory innervation to every point in the body. 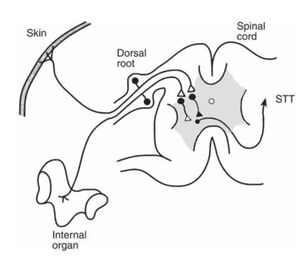 In systems like the STT pathways that is relatively predominant in the innervation of deep structures, neurons are used economically. Two nerves in the periphery might converge on a single neuron. The axons of two of those neurons may converge on yet another single neuron, and so on. This pattern of converge is seen throughout the pathway: between primary afferent and cells in the spinal cord, between cells from the spinal card into the higher nuclei, and then onto the thalamus. (figure 2).

The frontal lobe therefore has no way of knowing which exact cell the stimuli originated from. In general the thalamus knows about segments, and generally within plus or minus one spinal cord segment. In contrast to knowing a specific area of the big toe, it thinks the information is arising from around L5, but maybe L4 or S1.

Convergence can also cause referred hyperalgesia. If there is facilitation in a dorsal horn due to pain in an organ, the skin with a shared segmental nerve supply may have hyperalgesia or hyperaesthesia. For example boas sign in acute cholecystitis. 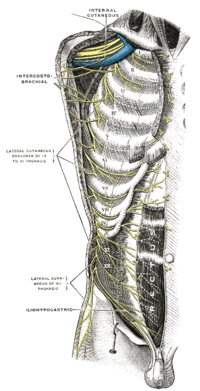 Some authors state that referred pain occurs in dermatomes. This is neither an appropriate or accurate model for referred pain. There is no reliable or accurate relationship between the area of referred pain and the dermatome that seems to cover it. Therefore avoid describing referred pain in terms of dermatomal patterns. The term that is best applied is that of a body segment. 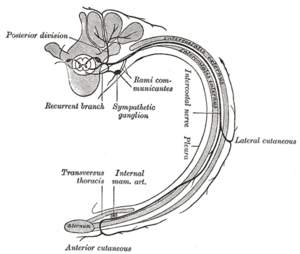 Figure 4. The course and branches of a typical intercostal nerve

The simplest arrangement is the trunk with definable anatomical segments. Each segments has a rib, ligaments, muscles, and skin (figure 3). The limbs are a lot more complicated. Each intercostal nerve supplies the segment through which it runs. The nerves can be followed from the back around to the front (figure 4).. The upper thoracic nerves stay in their intercostal spaces and travel towards the sternum. The T6-L1 nerves pass across the costal margin, away from the sternum largely following the direction of the bones but not the costal cartilages, and into the abdominal region. They continue to supply the muscles and tissues in those bands. L2 and lower are distributed to the lower limbs.

For identification of a particular body segments, the upper segments can be identified based on the intercostal space. For a particular point on the chest, determine which rib lies above the point. For the abdomen there are no immediate cues. To determine the segment, trace the ribs from behind and see which rib points to that area, ignoring the costal cartilages. For example, the 10th rib, if followed from behind and traced forward points towards the umbilicus. The epigastric region is T6, and L1 is just above the groin. These rules define the somatic segments of the trunk - the ribs, joints, muscles, and overlying skin.

For referred pain in the limbs the body segments are more complex.

Visceral referred pain is visceral pain that is referred. The viscera are diffusely innervated and poorly somatotopically organised, and so accurate localisation is difficult. The pain may be felt in the body wall around the viscus or in other territories that share the same segmental innervation.

When the viscera develop embryologically they start with a simple alimentary tract. They then obtain a nerve supply - the thoracolumbar outflow of the sympathetic nervous system - with segments running from T1 to L2. This innervation is laid down before the development of individual organs, i.e. before full differentiation and topographical positioning. At this point the proximal viscera are innervated by proximal segments, and distal viscera are innervated by distal segments.(figure 5)

The alimentary tract then starts to differentiate (stomach, caecum, etc), becomes longer (small and large intestine), and rotates and migrates. With this differentiation, the nerve supply is taken with the organs, rather than the organs differentiating and then the nerve supply finding that organ. The final location is different to the initial embryonic location. For example the epigastrium has viscera innervated by T5, 6, T6-9, and T11-12 (figure 6). Mapping the segmental innervation can help clinically with pain stemming from different organs, because visceral pain referral is based on the segmental innervation.

Diagnostically in the setting of visceral pain, the thought process should start with determining which body segment the patient is experiencing pain (figure 7). The next step is considering which structures are innervated by those segments. The differential diagnosis may include muscles, joints, ribs, and visceral structures.

Some visceral disorders may initially effect the organ itself, but then spread to involve adjacent tissues. The adjacent tissues can become a secondary source of pain. For example in a classical presentation of appendicitis, it is initially felt in the T10 segment in the central abdominal wall, but with later involvement of the parietal peritoneum and abdominal wall it is then felt in a new area in the right iliac fossa. Another example is tumours spreading to visceral nerve plexuses, where there is secondary neuropathic pain. 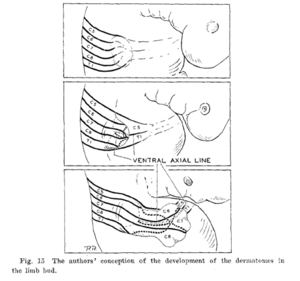 Figure 8. There is a free course of outgrowing fibres through an already formed nerveless limb bud.

In the limbs , embryologically, nerves are not present at all in early limb buds. At a later date plexuses form, and then the nerves grow more-or-less directly to their appropriate targets, with motor nerves being earlier than sensory nerves (figure 8). The muscles form in bands and aggregate into individual muscles.

The topographical areas between skin and muscle supply are often different. For example with the muscles, T1 is in the hand unlike what is seen with skin. The muscle segments of the proximal limb contain C5-C8, the mid limb C6-C8, and the hand C8-T1.

For example, if a patient has pain in the anterior arm, the diagnostic thought process should start with knowing that the body segments are C5-6, and then thinking through which tissues are supplied by C5-6. Another good example is chest pain: not only do we need to consider T2-5 and all the relevant muscles, joints, bones, and viscera; but also C5-8 because of pectoralis major which is why cervical disorders can refer to the anterior chest.